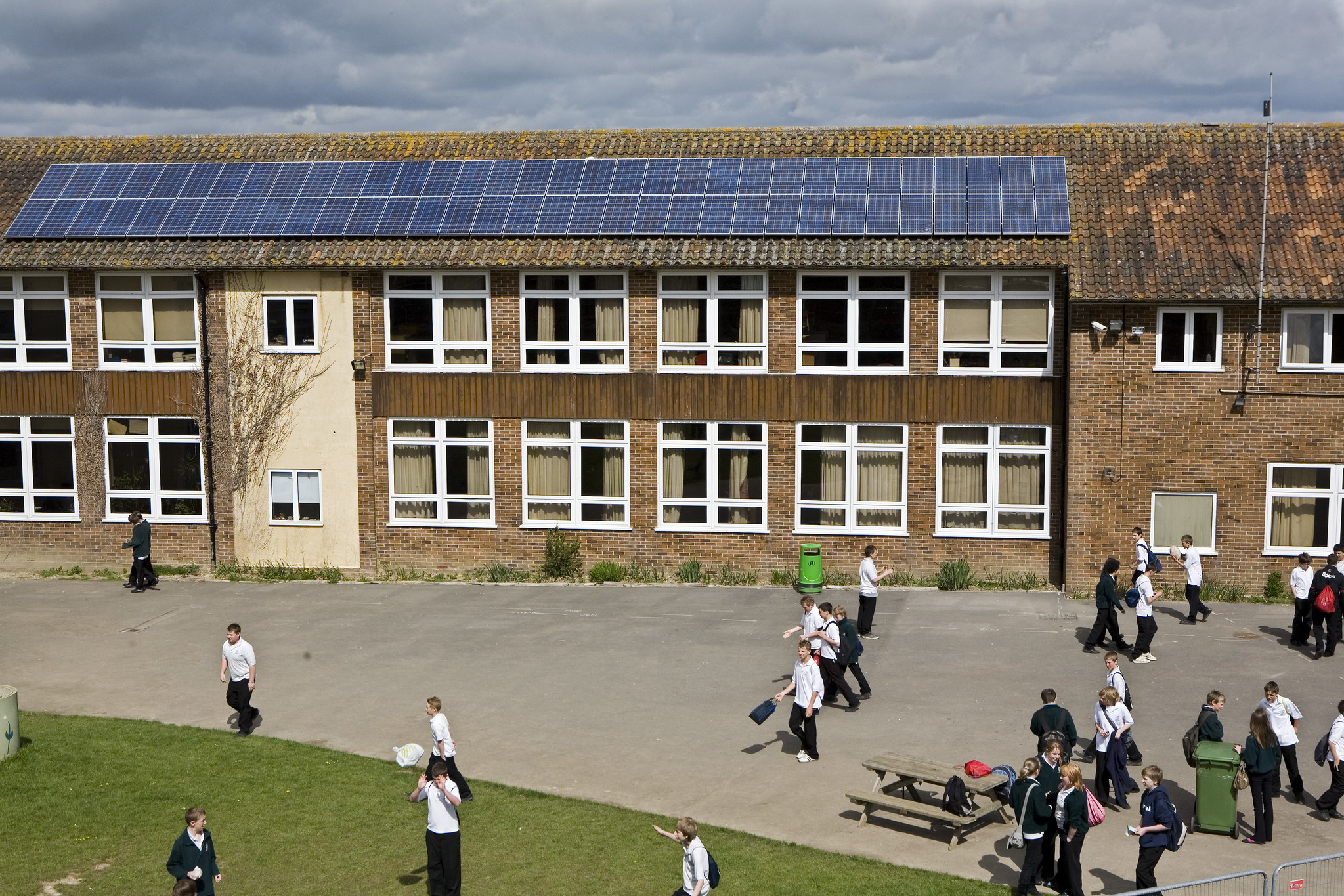 The Department for Education has launched its Sustainability and Climate Change Strategy which includes the launch of a new natural History GCSE. But providing schools with the means to decarbonise quickly was glaringly absent in the strategy. The government must do better – far, far quicker.

Across the UK, schools are working together to become zero carbon by 2030, but they will all need more government support to hit this goal. The Let’s Go Zero campaign, with more than 1,200 UK schools, colleges and nurseries behind it so far, is calling for seven government actions – achievable, affordable steps in-line with the country’s zero carbon ambitions.

The organisations behind Let’s Go Zero have been talking directly with the government about these proposals, working constructively to make them a reality. Representing over 104,000 teachers and nearly 620,000 pupils, Let’s Go Zero was invited to input to the Department for Education’s new Sustainability and Climate Change strategy released today on Earth Day, Friday 22 April 2022.

Harriet Lamb, CEO of climate charity Ashden which leads the Let’s Go Zero campaign, says: “We welcome many aspects of this strategy, including our suggestions that every school have a Climate Action Plan, a Sustainability Lead, and include sustainability and climate change in teacher training. But providing schools with the means to decarbonise quickly was glaringly absent in the strategy.”

Let’s Go Zero want the Department of Education to commit to other key policies, including an urgent retrofit of the school estate and to commit to all schools being zero carbon by 2030.

We must invest now in a national programme to retrofit the nation’s schools. Providing adequate funding for action now will save hard-pressed school budgets as fuel prices are sky rocketing, boost local businesses, create new jobs, and support the government’s net zero and levelling-up targets. This strategy is completely lacking in urgency; the government needs to push harder.  We’d give them a ‘Good’ for effort but it simply doesn’t reflect the need for drastic and urgent action as so recently highlighted by the IPCC. We cannot fail our children and jeopardise their future by being too slow.

Letters from students at St Augustine’s School in Scarborough will be handed to Nadhim Zahawi, Secretary of State for Education by Let’s Go Zero today at the Department for Education’s Sustainability and Climate Change strategy launch. The students make it clear that they want immediate action.

A letter from a Year 8 pupil signed ‘a concerned student’ said: “Dear Mr Education Secretary…You need to step it up, the planet needs our schools in the UK to be environmentally friendly to our planet. You need to do more, because it doesn’t take 10 years to be sustainable. Step it up and try and make our planet more healthy before 2030.”

Let’s Go Zero, which was named in the strategy as working with the Department for Education on setting targets for schools, will continue to work with the schools to monitor and report on their energy in future, while also pushing government for ambitious action to be taken much quicker, and for immediate funding to be given to schools so they can adapt and retrofit the school estate as a matter of urgency.

The government have committed in the strategy to piloting new building technologies that may support the future retrofit of the education estate, but they won’t roll that out further until 2025. “This is too late. Schools need money to decarbonise now – it’s as simple as that,” says Ms Lamb. “They know what needs to happen, but few can afford the expensive infrastructure changes. Cutting energy use through insulation and generating their own energy on-site will help reduce high energy bills now in response to today’s energy crisis.”

Let’s Go Zero schools take action to cut their emissions relating to transport, waste, food, water, the school grounds, energy use, procurement and in their teaching, and are supported by a coalition of eight leading sustainability organisations that work in schools. The campaign is also backed by Trusts and Academies and the Church of England, amongst many others with a deep interest in the sustainability of schools and the future for children.