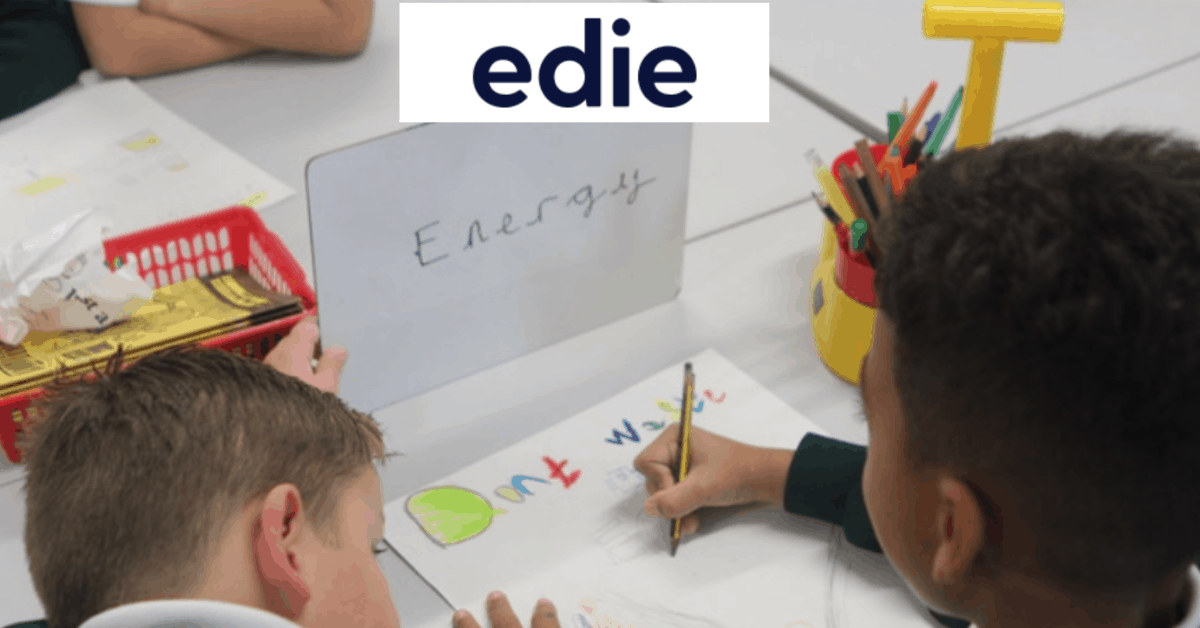 Charities including Ashden, Global Action Plan and the Fairtrade Foundation have teamed up to launch a new initiative helping UK schools transition to net-zero.

Called ‘Let’s Go Zero’, the initiative will provide schools which have not yet set net-zero targets with the inspiration, motivation and practical support they need to do so. Schools with net-zero targets will also be supported to share best-practice advice with each other, develop roadmaps for delivery, and to promote their climate-related activities to staff, students and their families.

Several of the schools taking part in the campaign have already seen impressive results from implementing behaviour change campaigns on walking to school; setting up ‘eco-rep’ schemes for students and changing internal processes relating to green space, energy use, water use, waste management and procurement.

But they also recognise that many barriers remain on the road to net-zero, like dealing with hard-to-abate emissions from things like heating and cooling; ensuring that offsetting schemes are robust and financing retrofit projects.

With this in mind, the initiative provides a platform for schools to collectively lobby the government for broader and longer-term initiatives that support energy efficiency. The £1bn Public Sector Decarbonisation scheme, announced at the Summer Economic Update, is open to schools but will only run for 12 months. Let’s Go Zero claims that 60% of the energy consumed by schools is out-of-hours and, therefore, largely wasted.

“From car-free school runs and plant-based canteens, schools across the country are already inspiring entire communities to think and act differently – but many feel like they are doing so alone and with stretched resources,” Global Action Plan’s co-chief executive Sonja Graham said.

“Let’s Go Zero provides a powerful route for schools to drive impact-led action and unite behind a call for much-needed funding to help all schools to become cleaner, healthier and sustainable learning environments.”

In related news, broadcaster Sky has this week launched a new digital programme for schools aimed at improving media literacy.

Called The Edit, the programme helps students to create their own news reports on topics such as climate change. It provides them with access to Sky’s back-catalogue of broadcasted reports and to Adobe’s creative suite of software.

The Edit is being piloted across schools in low-income regions which collectively represent more than 30,000 students. Sky said in a statement that it had taken this approach to bring the knowledge and skills to pupils who may otherwise miss out, and to help make the array of voices represented in the media more diverse. At present, more than 94% of journalists in the UK are white and more than half are former private school students. This proportion rises past 80% for senior editors.

Students which produce a report through The Edit will be encouraged to submit their project to the Sky News team. Journalists will judge the entries and announce a winner on the channel’s FYI programme in 2021.

“Every child, in every community, should have access to digital programmes,” Sky’s executive vice president and chief executive for the UK and Europe, Stephen van Rooyen, said. “The Edit can help them find their voice and build the essential digital skills that the future of our economy relies upon.”

This piece first appeared in Edie.