Is Your School Fighting Climate Change?
Join Us! 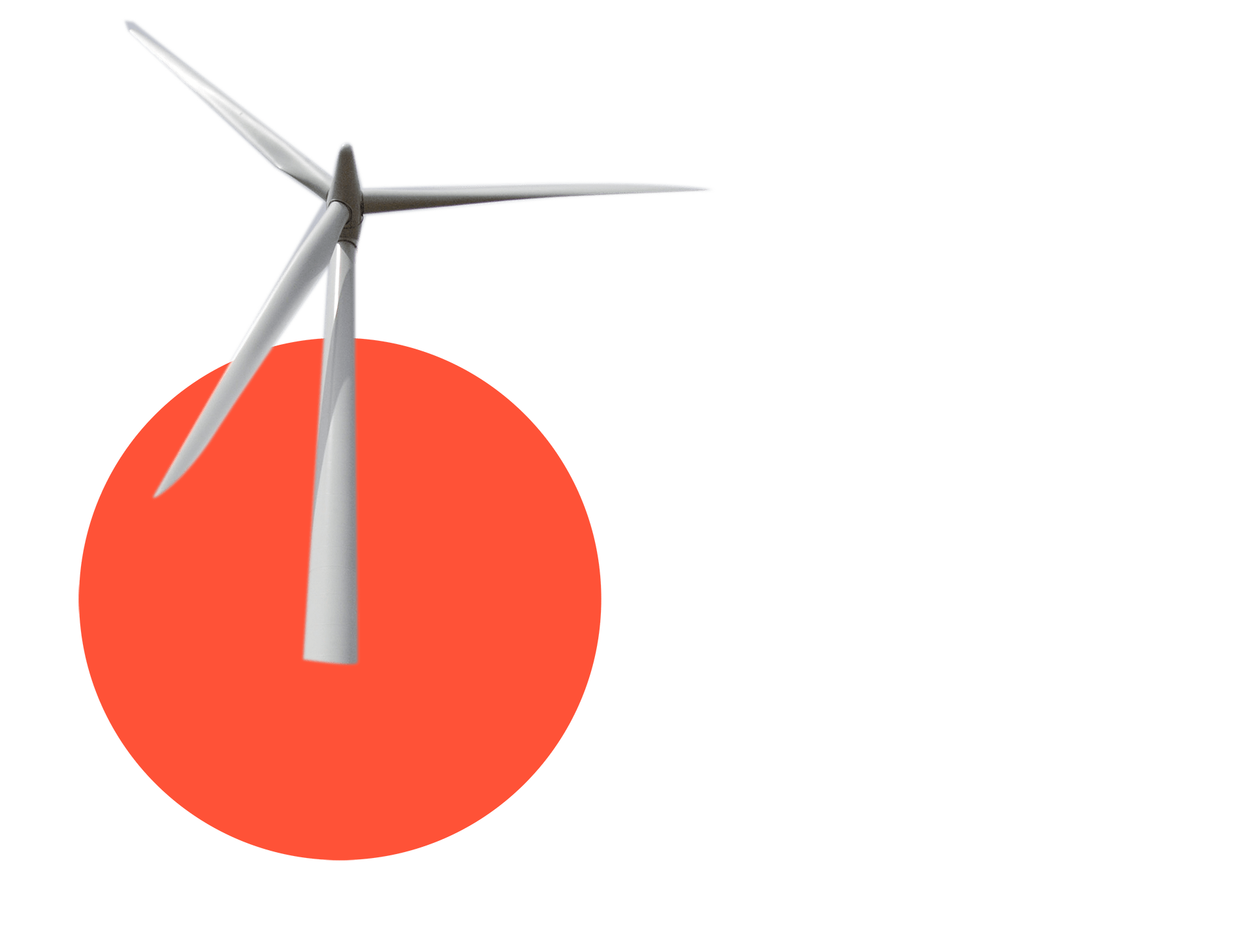 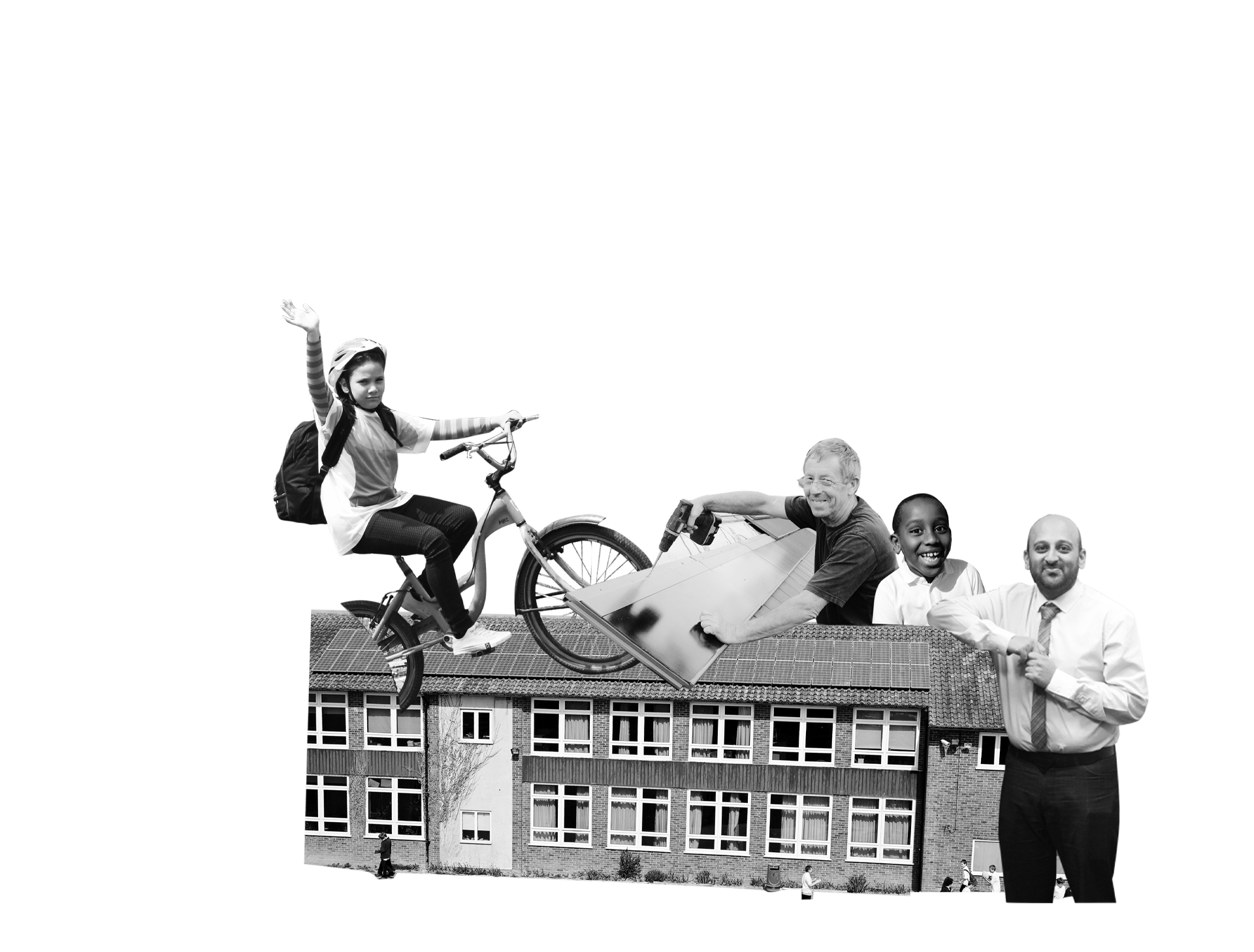 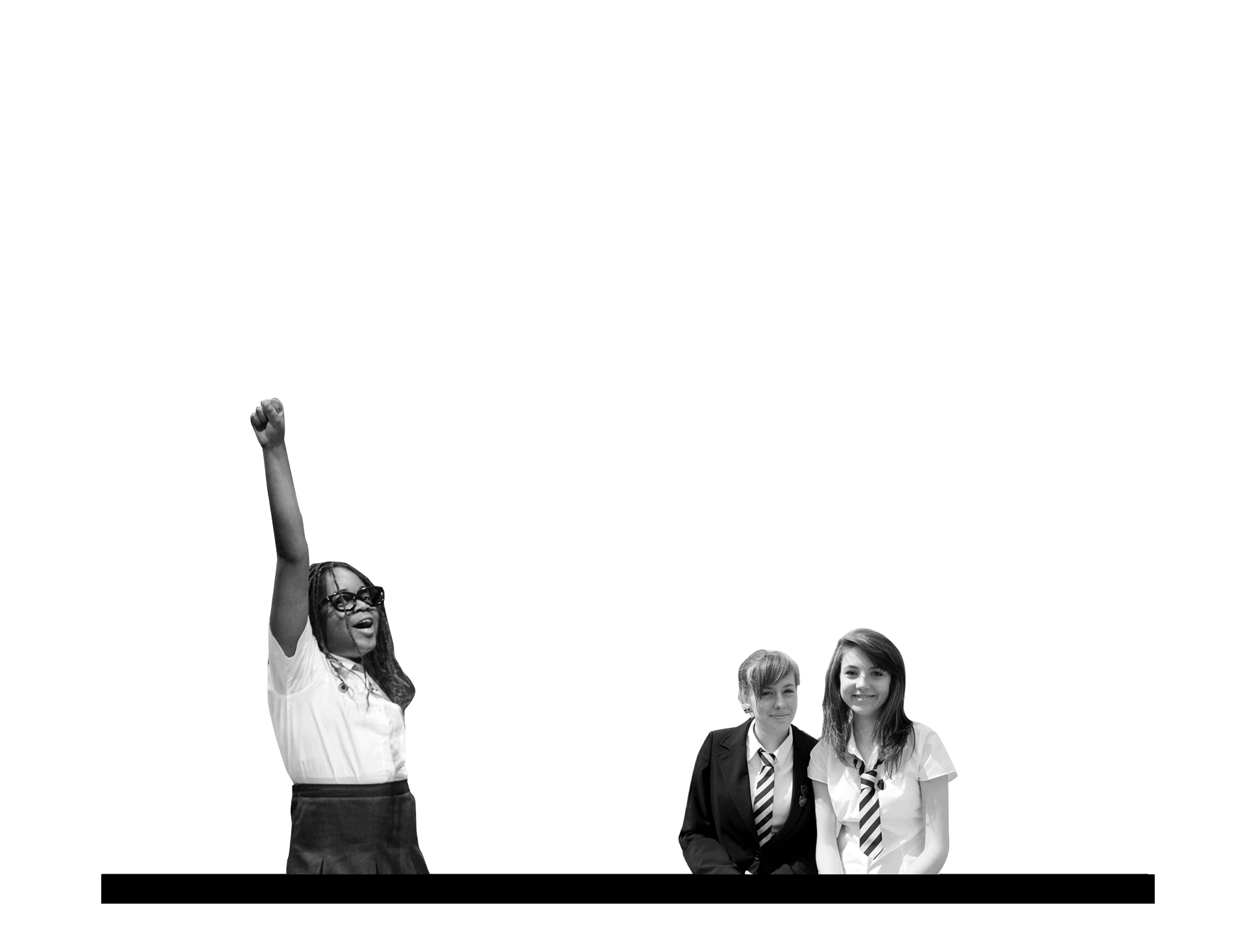 Schools are in - Will You Join Them?

See map of all schools here

Let’s Go Zero is the national campaign uniting teachers, pupils, parents and their schools as they all work together to be carbon zero by 2030.

From Inverness to Plymouth, Liverpool to Brighton, school leaders are standing alongside students and taking action to tackle the climate crisis. Every school that signs up is pledging to work towards a more sustainable future while calling for much-needed government support to help all schools reach their carbon zero goals.

By raising our voices together, we are showing the overwhelming support for zero carbon schools up and down the UK. Together we’re harnessing the power of schools and young people to drive change and spark climate action in communities across the country, reducing emissions, increasing biodiversity and safeguarding our planet for future generations.

Let’s go for ambition. Let’s got for working together. Let’s go zero.

Schools up and down the country are already taking action to reduce their carbon impact. By joining Let’s Go Zero, your school will become part of a community of ambitious, forward-thinking schools all aiming for a better, fairer, zero carbon future. Together we can prove that pupils, parents, teachers and governors are united in calling for change.

When you sign up to Let’s Go Zero, you’ll get support on setting your schools’ zero carbon targets and developing roadmaps for delivery, and will help influence our discussions with politicians as we work to get more support for schools. The actions you take today will reach far beyond the school gates, inspiring families and sparking community action to tackle the climate crisis.

Working with government for lasting change

More funding and fresh policies will make zero carbon dreams a reality. So we’re working with government to speed up progress on sustainable schools. As more schools join the campaign, we can show government the hunger for change – and highlight bright ideas that could be repeated across the country. 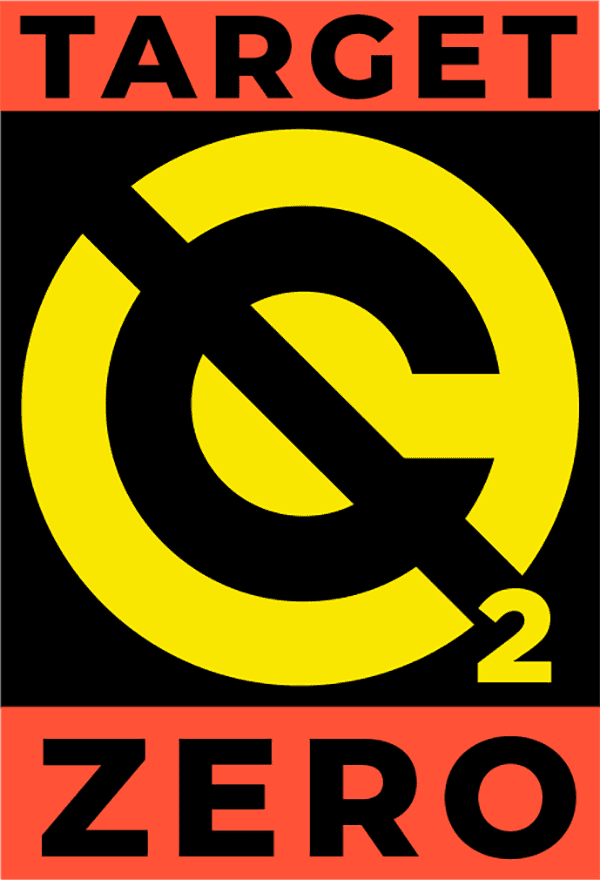 Previous
Next
Join the Campaign 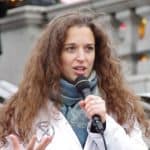 “I’m so pleased to have found the Let’s Go Zero campaign. This is such an important initiative and is something that every school can take part in. You can start off small and then work your way up to making really substantial changes that will make a real difference in the world. It’s really wonderful too that so many schools are now incorporating climate change and biodiversity loss into their teaching. I feel so inspired by all the work that’s being done in schools now and it gives me real hope for the future. I can’t wait to see amazing things happen through the Let’s Get Zero campaign!” 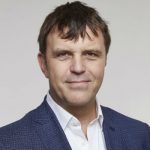 “Schools play a fundamental role in educating and empowering our children to give them a brighter future. That’s why it’s so exciting to see schools across the UK coming together to become carbon zero by 2030 and to make this future safe, healthy and resilient for our future generations.” 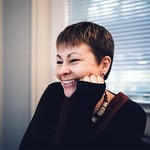 “This is a brilliant campaign which taps into the real sense of urgency children and young people have about the climate crisis. They are a real driving force for climate action around the world and an inspiration to politicians like me. Let’s Go Zero gives them the chance to support practical steps in their own schools to reduce their carbon footprint.”

“As Chile hands over the baton for global climate talks to the UK, we are thrilled to see this initiative engaging schools in cutting carbon. In fact, we really hope that the campaign will go global – and that schools here in Chile will be early adopters, showing real leadership in starting now to reduce their carbon footprint.”

“This is a fantastic campaign which can help all schools to get to Net Zero. Church Schools are part of the Church of England’s commitment to care for all God’s creation, and aim to achieve Net Zero by 2030.”

The Church of England
Environment Programme 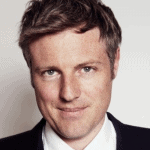 “It’s so inspiring to see the action being taken by schools to tackle the climate crisis and increase biodiversity, from growing their own vegetables and encouraging wildlife back into their playgrounds, to reducing their energy use and switching to renewables.” 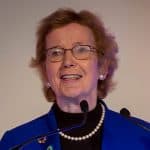 “Young people are demanding action on the climate. They’re already leading the way in their schools and this campaign pulls all their efforts together behind the exciting ambition to reach zero carbon in schools by 2030. It’s the way to go so let’s hope the campaign spreads across the world.” 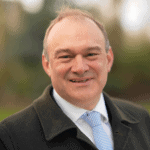 “I am proud to support the Let’s Go Zero campaign for zero-carbon schools across the country. With the UK holding COP26 this year, there is not a moment to lose in building a better, more sustainable future for our children. The Government must act now to help bring schools into a new, zero-carbon world.” 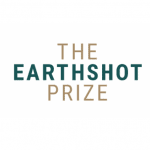 “This decade is vital to tackling some of the biggest issues facing the world and creating a better future for us all. As future leaders and carers for the Earth, it is brilliant to see children and young people leading the way with Let’s Go Zero 2030. We hope that many more are inspired by this optimistic, action-focused initiative.” 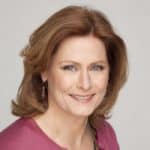 “At Theirworld, we are a children’s charity committed to ending the global education crisis – and that means tackling climate change too. We see first-hand how climate change is hitting the poorest children the hardest. Let’s Go Zero is a campaign that answers the call to action from school children everywhere to ask the world’s leaders and policy makers to act faster and better to protect their future. I hope their voices are heard quickly.”

What’s the purpose of the campaign?

Let’s Go Zero brings together UK schools who want to be zero carbon, are reducing their own climate impact, and demanding greater UK government support to achieve this goal. The campaign will show national government that there is a substantial demand amongst teachers and pupils to become zero carbon, with the potential for schools to catalyse wider change in their communities.

Let’s Go Zero is a campaign for schools based in the UK. Any school or educational setting in England, Scotland, Wales or Northern Ireland can sign up to the campaign. Sign up can only be done by a person with authority. This means the headteacher, a member of the senior leadership team or a governor.

You will need to use an email address when signing up and to provide some basic information about your school. We will verify the email address that you provide.

What am I committing to by signing up?

By joining the campaign, a school is publicly declaring that they want to be zero carbon by 2030, and that it wants the UK government to enable schools in the UK to take more action on this issue.

This campaign is about showing aspiration. We know that being zero carbon is currently beyond the reach of most schools, but by working together and with government we believe it is achievable by 2030.

To be part of the campaign, schools are expected to be taking action to reduce their carbon impact, measuring this where feasible, and have ‘next step’ actions planned for the following year. They can indicate the steps they are taking from a checklist on the sign-up form.

By joining the campaign, schools commit to telling their students, communities and suppliers that they are part of Let’s Go Zero and aim to be zero carbon by 2030. We can provide the Let’s Go Zero logo for schools to do this.

Will you help me know what actions I could be doing next?

We will shortly be releasing an online tool to help schools with their ongoing action planning. This will be part of the Transform Our World website – a source of great teacher-approved programmes and resources for schools.

What is a zero carbon school?

A school that, on its site and through all its activities and procurement, does not contribute to climate change through carbon emissions. Key impact areas include energy use, travel, waste, water, procurement, food and school grounds.

How is my school information used by the campaign?

The information we collect about schools helps us build a picture of carbon action in schools across the UK. This information is used to:

We will share the information gathered by the campaign with our campaign partners, funders and with key policy and decision makers to help support the progress of decarbonising schools.

We will send schools the latest news and information on our work, campaigns, fundraising, events and other ways they can support Let’s Go Zero (schools can unsubscribe from these messages).

We hold and manage your details in accordance with the Data Protection Act 2018. We won’t share, sell or swap your information with other organisations for their own marketing purposes. You can read our Privacy Policy page for more information.

Can I take part if my school is outside the UK?

Let’s Go Zero is currently only available for schools based in the UK as it is brought to you by a coalition of UK-based organisations. If you are a school or organisation based outside of the UK, and are interested in finding out how you can start your own Let’s Go Zero campaign, please get in touch with us via the email below.

The campaign is run by Ashden (a UK-based climate solutions charity) in partnership with Global Action Plan, and a coalition of sustainable schools organisations.

How can I get in touch with Let’s Go Zero?